Pharmaceutical industry is one of the most lucrative legal businesses. In 2020, this statement was confirmed again. Amidst the general lockdown caused by coronavirus pandemic, the pharma industry remained untouchable. The United States is a home to many pharmaceutical giants that are ranking in many world’s top lists by two key metrics: market capitalization and annual income.

The Largest Pharmaceutical Companies in the US

Public data on companies’ market capitalization and their total annual income have been taken into account when compiling this list.

Pfizer Inc. is a giant in the pharmaceutical industry. Viagra and Lipitor are the most popular drugs from this manufacturer. The blue pill helps men to treat erectile dysfunction, while atorvastatin-based Lipitor is designed to lower cholesterol levels.

The company was founded in 1849. Over the years, it has grown from handicraft production facility to a large-scale project. Pfizer has more than 10 business units (Pfizer Oncology, Emerging Markets, Established Products, and others).

Its market capitalization as of the end of 2019 was about $200 billion. The corporation’s net income exceeded $16 billion.

Johnson & Johnson is a multi-sectoral company that unites more than 250 enterprises. Main products of this leader of the pharmaceutical industry include pharmaceuticals, household chemicals, and medical equipment. The most sought-after medicines are Remicade (for rheumatoid arthritis) and Stelara (for plaque psoriasis and Crohn’s disease).

The company was founded in 1886 by three brothers–Robert Wood Johnson, James Wood Johnson and Edward Mead Johnson. They started with the production of dressings and plasters.

Johnson & Johnson’s market capitalization remains out of reach of competitors at approximately $350 billion. However, 2019 net income was $1 billion lower than that of Pfizer.

Merck & Co. is an American company specializing in the development and sale of vaccines and other medicines. The best-selling drugs by Merck & Co. are Januvia, which is used by diabetics all over the world, and Zetia, a cholesterol-lowering medicine.

The company became an independent player in the US pharmaceutical market in 1919. However, medicines’ manufacturing began in 1827 when Heinrich Emanuel Merck established the production of alkaloids in Germany. The First World War allowed the American division of the company to separate from its parent company, however, the nominal owner of Merck & Co. (George Merck) remained the same.

The company generated approximately $7 billion in net profit to its shareholders in 2019 featuring about a $200 billion market cap.

AbbVie Inc. is a relatively young biopharmaceutical company which quickly and successfully competed with the market leaders. The company was founded in 2013 after the division of Abbott Laboratories, an American healthcare company, into two independent business projects. It was announced that the spun-off firm (AbbVie) will be focused on research-based pharmaceuticals.

AbbVie released Ibrutinib medicine (brand name Imbruvica) intended for the treatment of malignant B-lymphoproliferative diseases, such as multiple myeloma. In 2020, AbbVie concentrated its forces to develop a drug for COVID-19. However, the efforts did not yield the expected results (as at the end of July 2020).

Market cap of AbbVie was about $177 billion in 2020, which allowed to pay the company’s shareholders almost $6 billion over the last year.

The companies described above are frequenters in the world rankings and tops. They hold honored positions in the global pharmaceutical industry. Pfizer Inc. and Johnson & Johnson for many years have not allowed any company to oust them from the pedestal of the largest pharmaceutical corporations worldwide. If one of them presents to the world an effective remedy for coronavirus treatment, global rankings will be obviously occupied for many years to come. 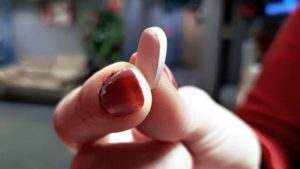 Where to Buy Female Viagra Over the Counter?
Viagra for Women Without a Prescription? The World Wide Web…