Cortisone and hydrocortisone are one of the most known drugs from the corticosteroid class. What’s the difference between these hormonal substances and what are the similarities?

According to the drugs.com, the only name under which cortisone is marketed now is cortone acetate. This is steroid (corticosteroid) substance which prevents inflammation-inductive substances from release in the body. It can be used to treat allergies, ulcerative colitis, skin diseases, psoriasis, systemic lupus erythematosus, etc.

like other corticosteroids, this one may lead to the deterioration of the immunity’s functioning, making it easier to contract an infection.

The only form in which cortisone comes is a tableted one. You should take the tablet exactly as prescribed by your doctor. Don’t self-treat with cortisone, it has a systemic effect and potential damage to your body can be serious and even irreversible. Do that only after thorough medical consultation and examination.

Cortisone was first revealed by Mayo Clinic specialists E. Kendall and H. Mason in 1920s. In 1929, P. Hench discovered that cortisone may be helpful for rheumatoid arthritis. As reported by T.G. Benedeg, an American scientist at University of Pittsburgh School of Medicine (2011), the first person with rheumatoid arthritis was treated with cortisone in 1948. It was first manufactured commercially in 1949.

Hydrocortisone is also a corticosteroid and also helps to fight inflammation processes of the body. It is used to treat a bunch of disorders, including arthritis, breathing problems, cancer, allergies, blood and immune system conditions. It is also a remedy for low hydrocortisone levels in the body (Addison’s disease, adrenocortical deficit). The medication is available in several forms (see the table below). That’s why hydrocortisone-based medication practically displaced cortisone from the market, because it does not have such flexibility in terms of administration. Agree, it is better to treat non-severe skin condition with topical hydrocortisone which has generally local action and virtually no systemic effects, unlike oral cortisone.

Like the previous substance, hydrocortisone was discovered in the course of scientific studies primarily in the laboratories of Kendall at the Mayo Clinic. Intra-articular and oral use of this medication began in 1950-1951. by 1960s, all of their negative (side) effects have been described, so scientists started to find ways on how to reduce administered dosages of these pharmaceuticals. Thanks to this, non-steroidal anti-inflammatory meds entered the market in late 1950s.

Cortisone as a Generic Name for Hydrocortisone Drugs

Sometimes “cortisone” term is used as a synonymous one to hydrocortisone. On many websites you can find something like “cortisone (hydrocortisone) side effects”. You can also often hear “cortisone shots for knee, back…” but actually a medicine which is used in these situations is hydrocortisone (as you already know cortisone is sold on oral form). Theoretically, you can find cortisone for local application, but its effect is so weak in comparison with its “colleague”.

Key Differences between Cortisone and Hydrocortisone

Similarities of the Medicines

Hydrocortisone vs Cortisone: The Bottom Line

In the modern pharmaceutical market, hydrocortisone drugs can be found in abundance. There is a multitude of different drug forms and brand names, including Ala Skalp, Anusol HC, Aquanil HC, Bactine in the United States of America; Mildison, Pinewood’s Bites, and Dermacort in the United Kingdom, etc.

Cortisone (cortone) acetate is still marketed but there are much fewer brand names. Some of them are Adreson, Cortison, Cortisone, Cortisone Acetate, and Cortistab.

It there is “cortisone vs hydrocortisone” battle we would prefer to choose hydrocortisone, considering a variety of its forms and popularity. 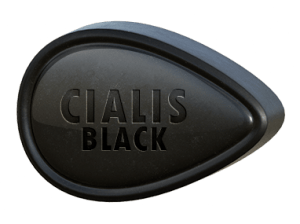 Cialis Black vs Cialis: Detailed Comparison
Nowadays the pharmaceutical market is abundant with generics. Viagra has…